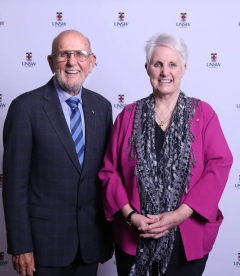 Cures for mental disorders are possible and must be pursued

Two outstanding winners of the 2018 Australian Mental Health Prize were announced at UNSW Sydney in October 2018 to recognise the major contributions from both professionals and community advocates in mental health care.

The 2018 winners were Janne McMahon, an extraordinary mental health consumer advocate, particularly in the area of Borderline Personality Disorder, and Emeritus Professor Gavin Andrews, an incredibly respected innovator, clinician, teacher and researcher who retired earlier in 2018 after a career in mental health spanning 60 years. 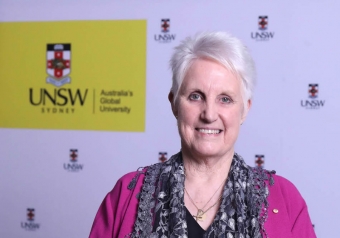 Janne McMahon has tirelessly pursued better outcomes for people living with mental illness since 1997. She is the Founder and Executive Officer of the Private Mental Health Consumer Carer Network (Australia), the recognised peak Australian advocacy organisation for the private sector. She has appeared before ten parliamentary inquiries and has been a member of numerous expert reference groups, committees and working groups.  She has been the driver of the development of the Practical Guide for Working with Carers of People with a Mental Illness and associated resources.

Janne has been instrumental in improving understanding and awareness of Borderline Personality Disorder (BPD) in Australia.  She obtained agreement from the Australian Government for the development of the NHMRC Clinical Practice Guidelines for BPD and was also a member of the development committee. She has led the BPD National Training Strategy and lobbied politicians for the funding and establishment of the South Australian BPD Centre of Excellence where she is a member of the Executive Steering Committee. She has also worked with the Royal Australian and New Zealand College of Psychiatry to develop a consumer and carer guide for BPD.

“Borderline Personality Disorder is a complex and serious mental illness that is often misunderstood. People experience significant distress and impairment with this illness including emotional pain, self-harm, and difficulty relating to others. People with this disorder are frequently discriminated against and stigmatised.

“The good news story is that recovery is possible if people are able to access good care and support. I am passionate about ensuring that the voices of those with a lived experience are heard, particularly in relation to how services are delivered,” said Ms McMahon.

Improving community awareness and reducing prejudice are the cornerstones of Janne’s advocacy to improve acceptance and quality of life for consumers and carers. Janne herself has a lived experience of mental illness.

“While I have lived most of my life with mental illness, it does not define me. Raising awareness about mental illness and Borderline Personality Disorder has been very rewarding and has been a defining time in my life”. 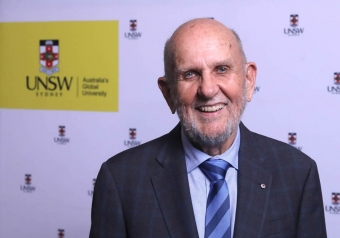 The lifetime work of Gavin Andrews has had a fundamental impact on the way mental disorders are diagnosed and treated in Australia and around the world today. Officially retiring earlier this year from his role as Professor of Psychiatry at UNSW Sydney after 60 years of dedication to mental health, he is among the world’s most highly cited scientists in this field.

Gavin’s research interests began with stuttering and extended to depression, epidemiology and treatment and classification of common mental disorders. He is responsible for preparing the first ever set of clinical practice guidelines in psychiatry and the first National Survey of Mental Disorders which helped to quantify the breadth and scope of mental illness in Australia. Gavin also pioneered online treatment courses, called THISWAYUP, for a range of issues including panic, depression, social phobia and generalised anxiety disorder.

“I believe the majority of people who develop a mental disorder today can be cured. Essentially, they will be able to say ‘That’s not a part of my life anymore’,” said Prof Andrews.

“Clinicians often doubt their own effectiveness because we’re all subject to the ‘clinicians’ illusion’ of basing judgements of effectiveness on who’s in the waiting room today. Naturally it contains people who are waiting to get better, and the people who have recovered are gone.

“The change will come from new clinical practice guidelines and ways of determining which treatments will suit individuals, but mostly it will come from collaboration between clinicians and patients about the possibility of recovery. Improved clinical outcome measurement will enable clinicians to know how effective they are, and patients will be keen to know about their own progress and will expect to recover.

“If you’re not improving after 30 days, ask ‘Why?’. Cure is possible, and we as clinicians, patients and their families must pursue it energetically.”

Janne and Gavin were chosen out of an exceptionally strong field of six finalists for the prize, now in its third year, said Ita Buttrose, Chair of the Australian Mental Health Prize Advisory Group.

“The breadth of experience and dedication of this year’s six finalists is truly awe-inspiring. Their tireless pursuit for better outcomes for people living with mental illness deserves to be truly commended and that is exactly why the Prize was established. We need to shine a light on positive work in this field and encourage more focus, investment, research, education and understanding,” said Ms Buttrose.

The prize is supported by the UNSW Sydney, through its School of Psychiatry. Scientia Professor Philip Mitchell said the advisory committee decided once again to award the prize to two winners.

“The recently announced Productivity Commission inquiry into mental health spending highlights the importance of mental health to the Australian community. The Australian Mental Health Prize reflects this through acknowledging the incredible work being done.

“For this reason, we felt it important to recognise two very worthy people that represent both the professional and community advocacy sides of the mental health sector. Their decades of work have made a fundamental difference to people living with mental illness,” said Professor Mitchell.

Gavin Andrews, Sydney (Paddington) NSW Joint winner: In a 60-year career in mental health Emeritus Professor Gavin Andrews has been an innovator, clinician, teacher and researcher. He is among the world’s most highly cited scientists in this field. He is responsible for preparing the first ever set of clinical practice guidelines in psychiatry; the first National Survey of Mental Disorders; and a range of online courses for people with common mental disorders. Gavin thinks that the field is poised to offer cures to half the people who develop a mental disorder. Given good diagnosis and treatment, he says the person who is not improving in 30 days should “ask their doctor why”.

Janne McMahon, Adelaide (Felixstow) SA Joint winner: Janne has worked as a mental health consumer advocate since 1997. She is the Founder and Executive Officer of the Private Mental Health Consumer Carer Network (Australia), the recognised peak Australian advocacy organisation for the private sector. She has appeared before ten parliamentary inquiries, has been a member of many expert reference groups, committees and working groups. She is a member of the SA Health Practitioners Tribunal, a Board member of Mental Health Australia and was a surveyor for 15 years. Janne gained funding for the development of the NHMRC Clinical Practice Guidelines for BPD and the BPD National Training Strategy. She has been instrumental in the establishment of the SA BPD Centre of Excellence, is a member of the Executive Steering Committee and former Patron of the Australian BPD Foundation. In 2008 she was awarded the Medal of the Order of Australia in recognition of her advocacy work.

Matthew Johnstone, Sydney (Balgowlah) NSW: Matthew is a passionate mental health and wellbeing advocate. He develops and delivers illustrated programs, videos and talks on mental health, resilience and wellbeing. Matthew has written, illustrated and photographed eight books, six of which have been local and international best sellers. His first book, I Had a Black Dog, details his journey with depression and has been published in over 15 countries. The video version created for the World Health Organisation (WHO) has had more than 30 million views on their combined media platforms, the most viewed video in the history of WHO. Matthew has done creative consultancy for the Black Dog Institute, The Golden Door Elysia, Geelong Grammar, the government of Norway, CommBank, Sydney Trains and many other major corporates. His work has been endorsed by Stephen Fry, Edward de Bono, WHO and Google.

Vivienne Miller, Sydney (Balmain) NSW: Vivienne has worked in mental health services in Australia and England for more than 45 years in many capacities: crisis intervention; suicide prevention and intervention; group analysis; management of quality improvement programs; creative arts therapy; therapeutic communities; and activity-based programs. She is a co-author of the National Standards for Mental Health Services (1996) and an advisor to the National Mental Health Workforce Standards.  Since 1996 she has held the position as Conference Director of the largest, most inclusive mental health conference in Australia, TheMHS Conference, run through TheMHS Learning Network Inc. TheMHS attracts more than 1000 clinicians, managers, team leaders, consumers, families, educators, policy-makers and researchers annually and organises national mental health service achievement awards.  Currently Vivienne is involved in developing a Museum of the Mind inside a Mental Health and Arts Precinct in inner Sydney.

Jonathan Nicholas, Sydney (Tempe) NSW: Jono Nicholas has a 21-year history and commitment to improving youth mental health. With almost ten years’ service as the CEO of ReachOut – Australia’s leading digital mental health service for young people and their parents – Jono has advocated for a change in thinking and that technology and smartphones can and will transform the way mental health and wellbeing services are delivered.  In June this year Jono announced his departure from ReachOut and is currently the Managing Director of the Wellbeing Outfit, an advisory firm that improves organisational performance by improving the wellbeing and resilience of their staff. Jono has background in psychology and public health.

Jane Pirkis, Melbourne (Fitzroy) VIC: Professor Jane Pirkis is the Director of the Centre for Mental Health at the University of Melbourne. She has qualifications in psychology and epidemiology, and her work focuses on how to improve the mental health of populations. She is particularly well known for her work in suicide prevention and has conducted world-first research looking at how the media in all its forms might be used as a force for good to save lives. Her work has informed Australian and international guidelines for journalists on safer ways to present suicide-related stories, and she recently partnered with Movember and Heiress Films to make and evaluate Man Up, an ABC documentary and social media campaign on suicide and masculinity that was viewed by millions. Jane is the Vice President of the International Association for Suicide Prevention and the Editor-in-Chief of the premier suicide prevention journal, Crisis.

Photos from the 2018 Awards 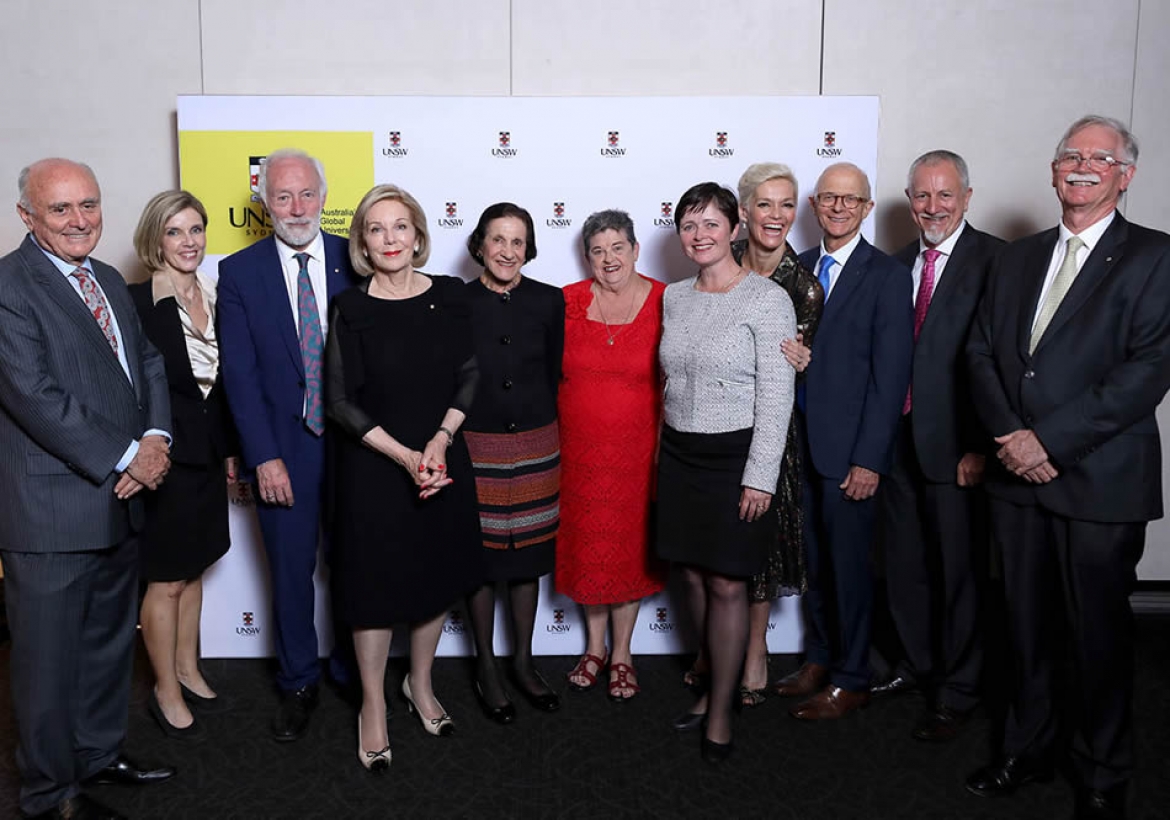 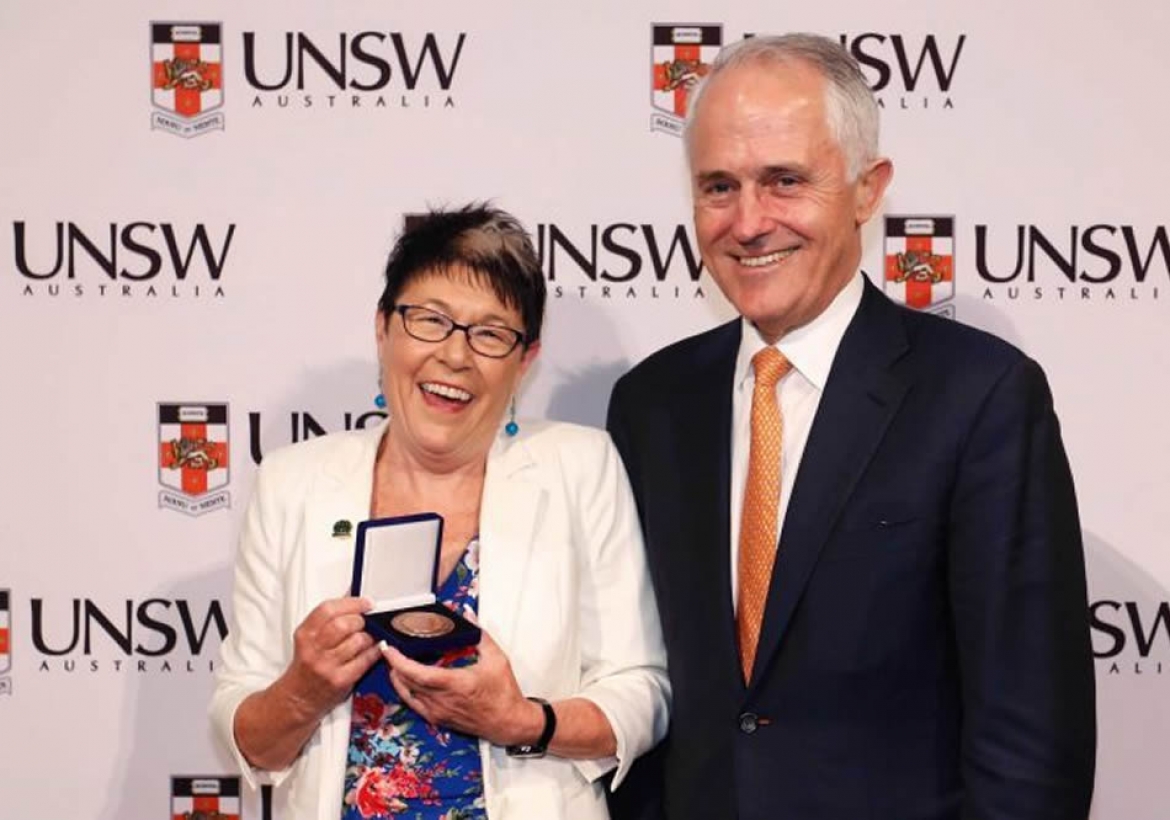 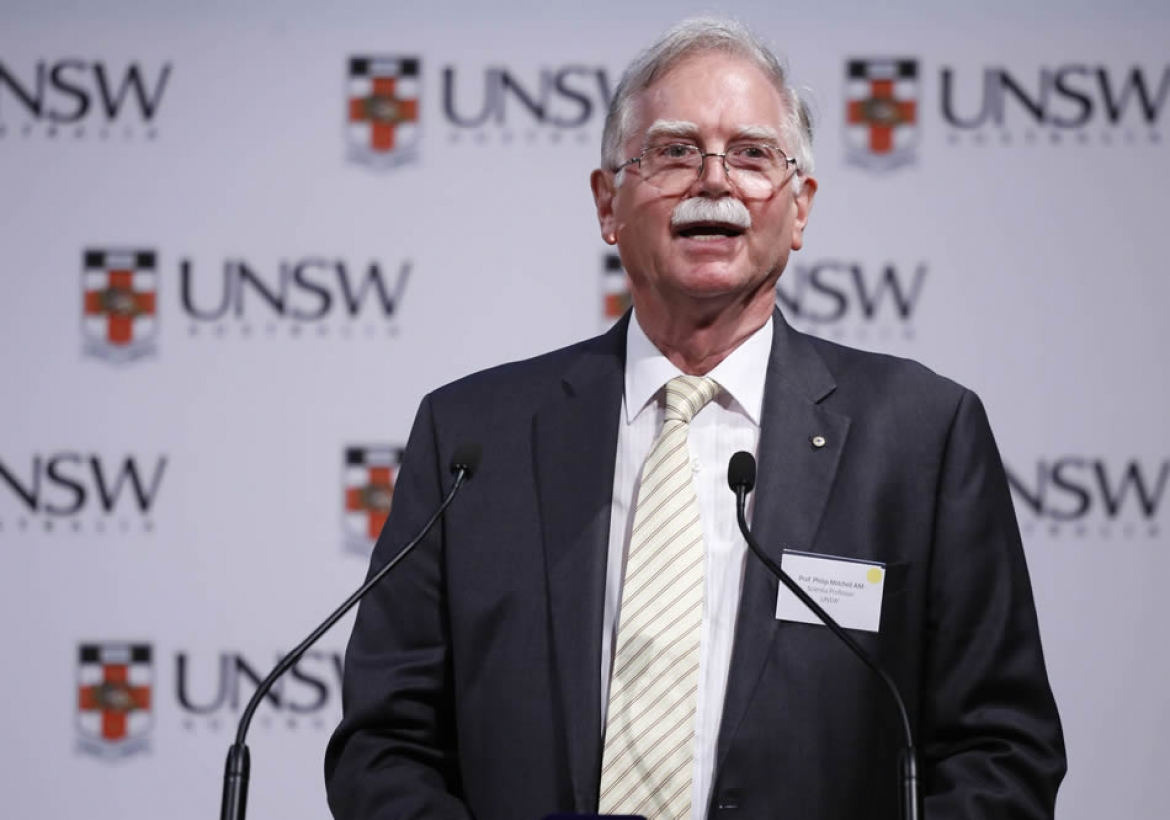 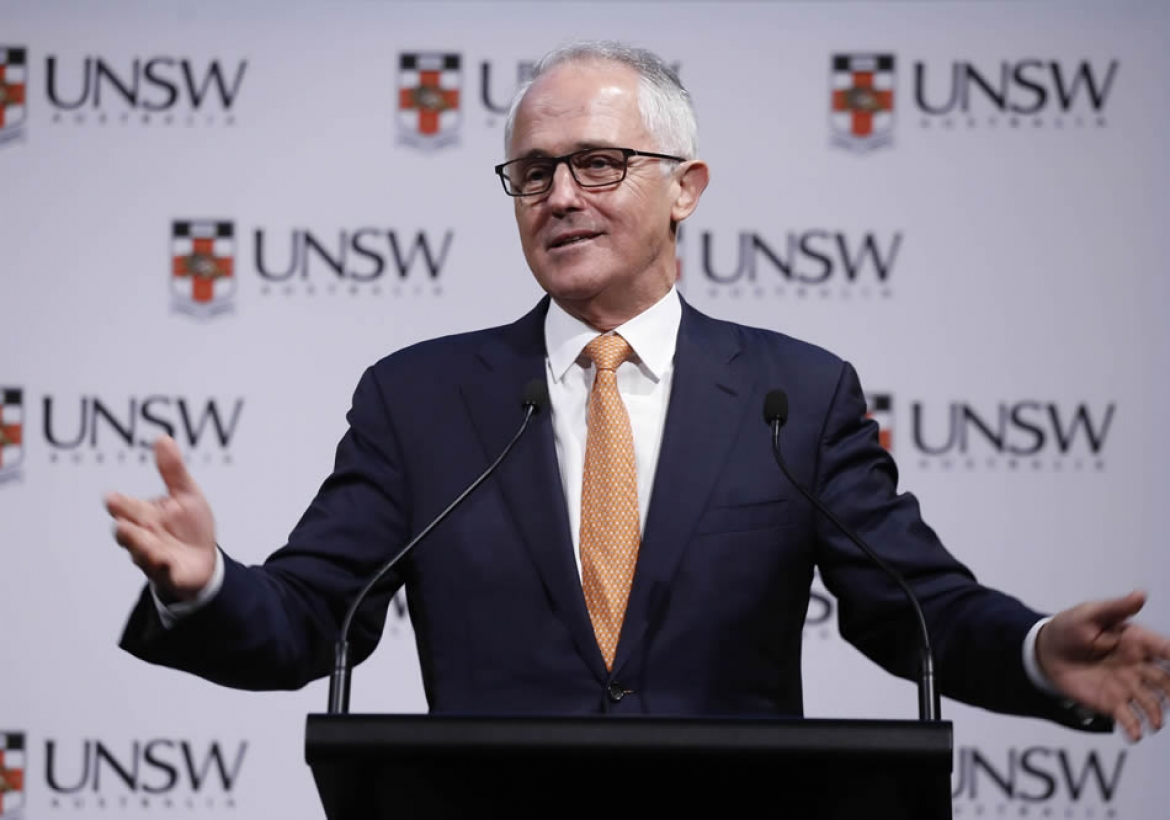 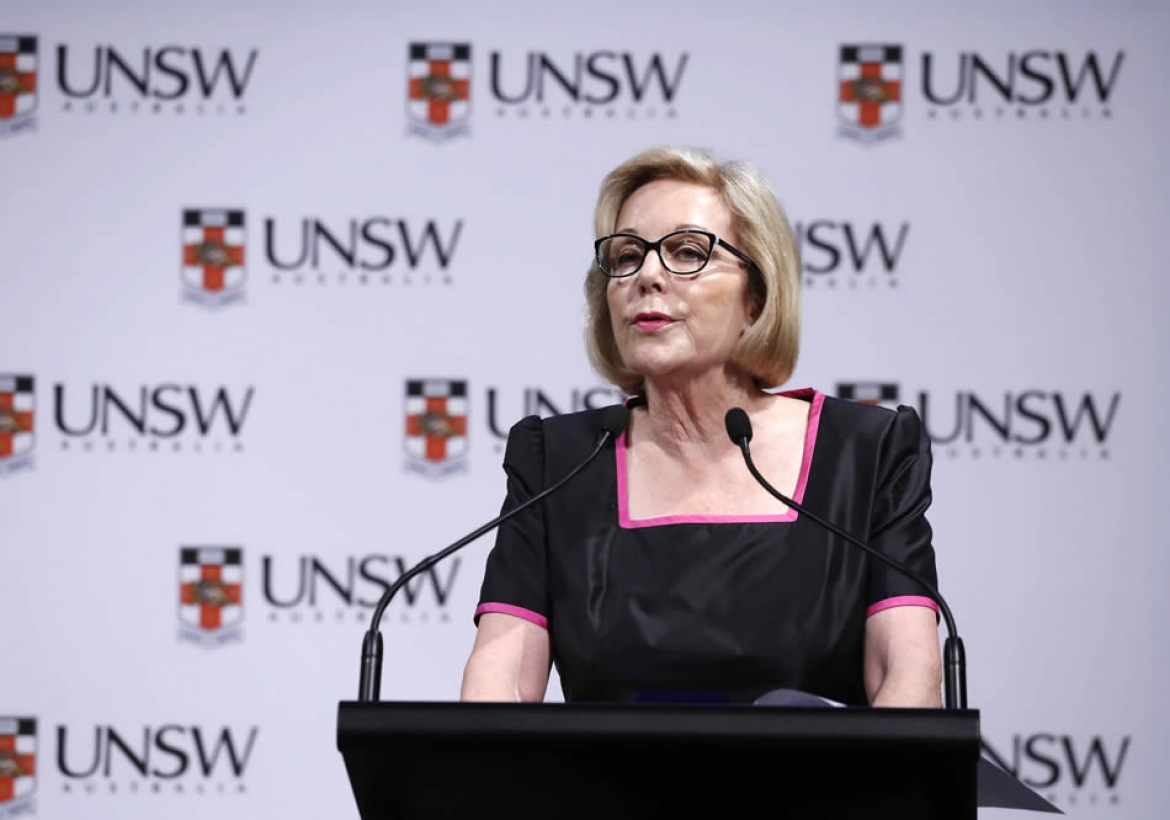 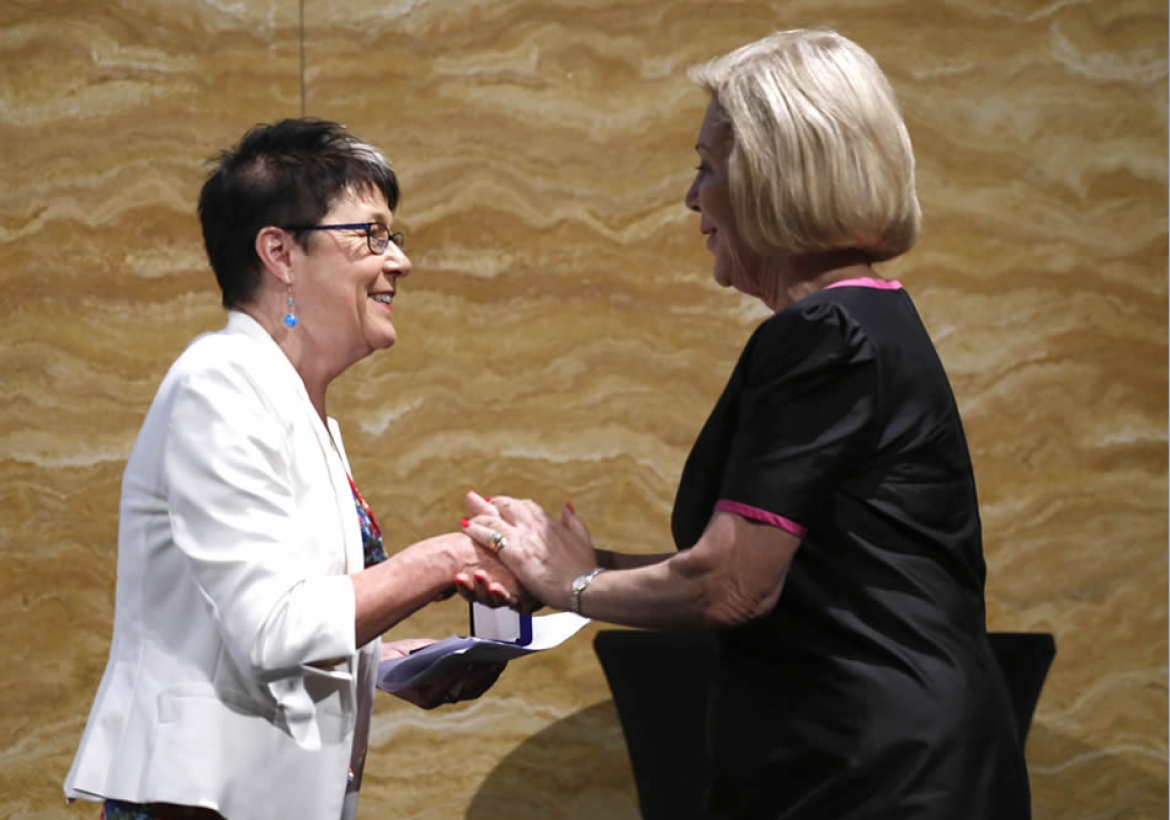 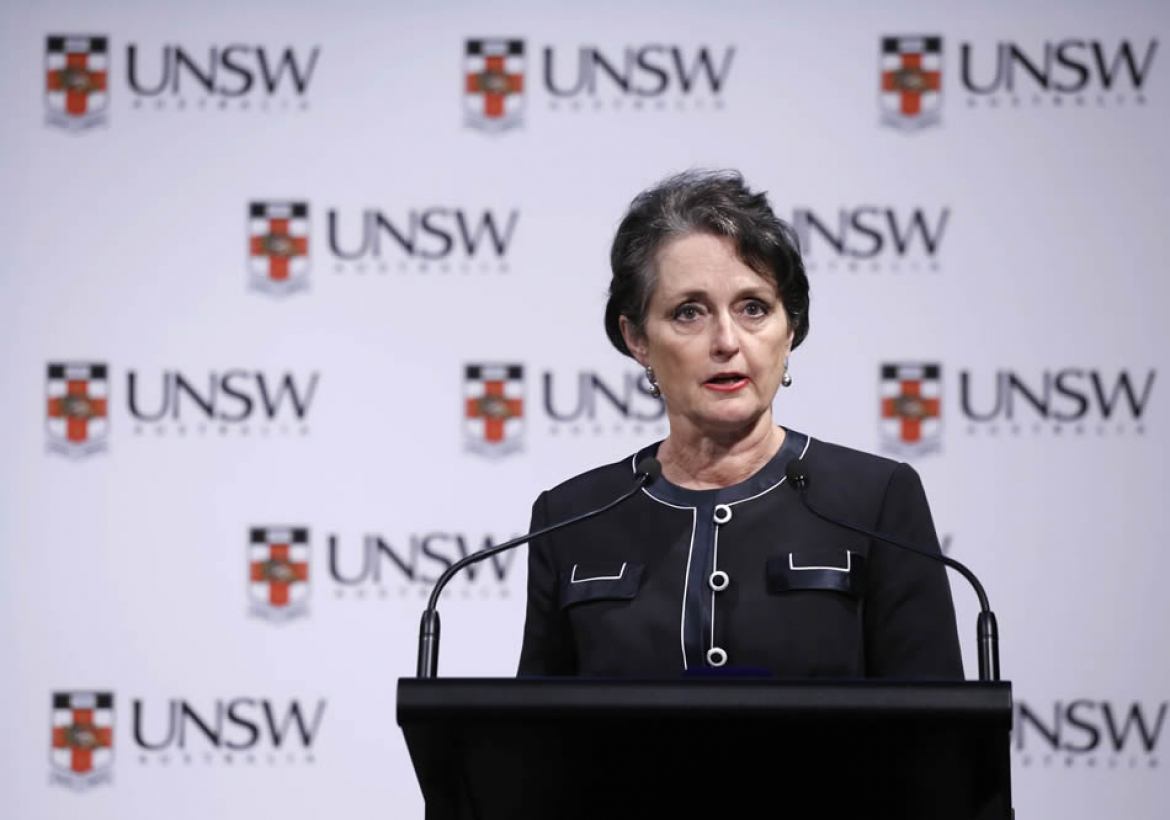 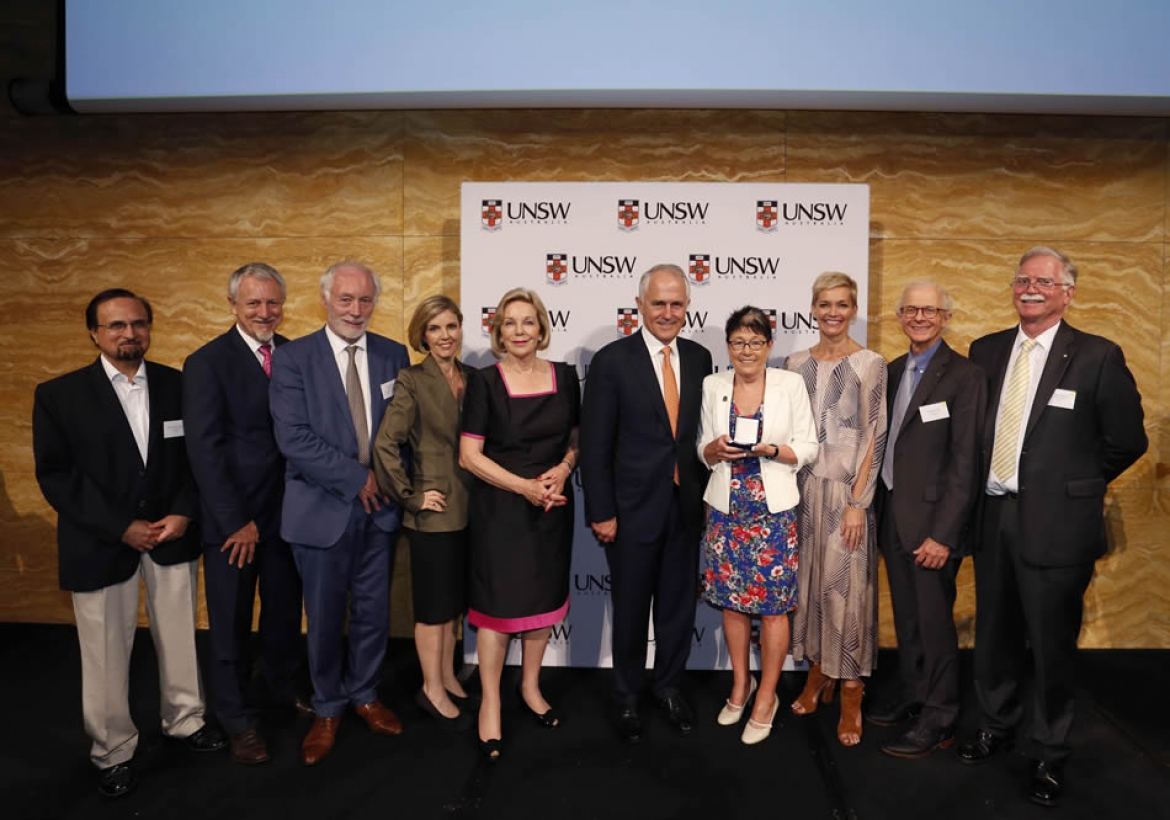 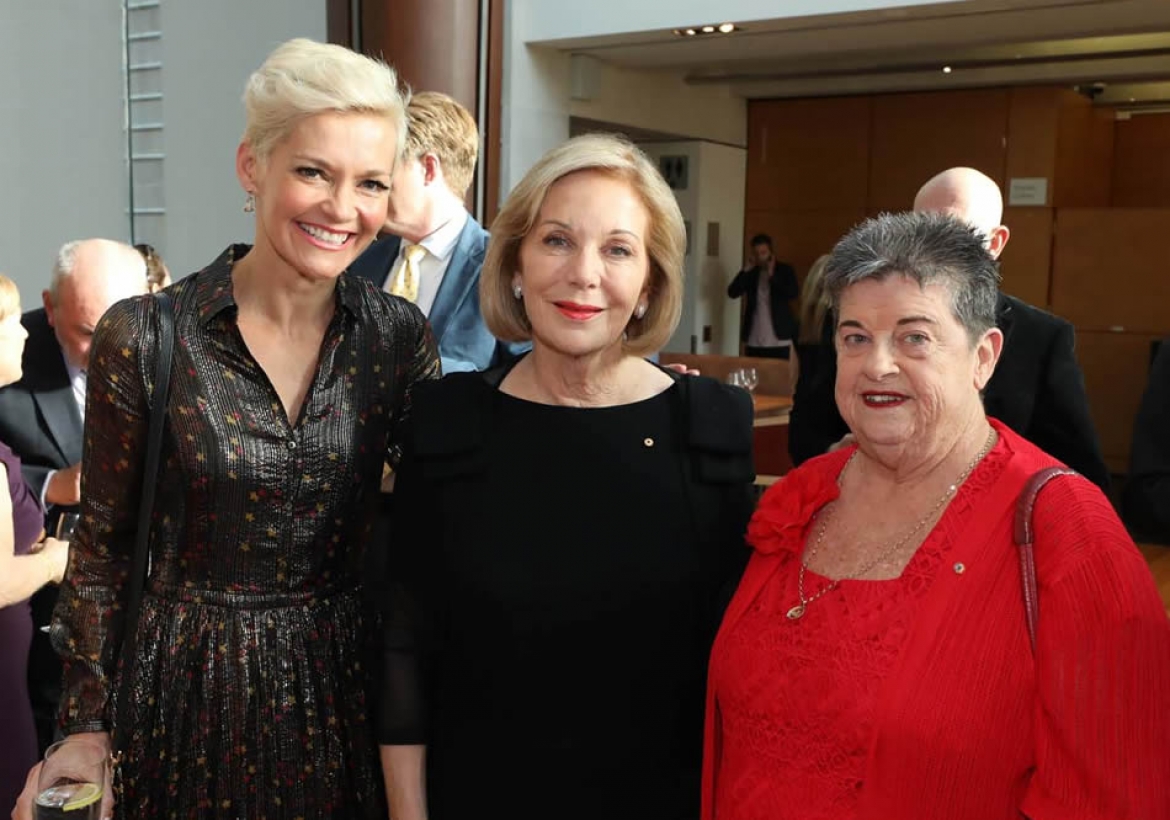 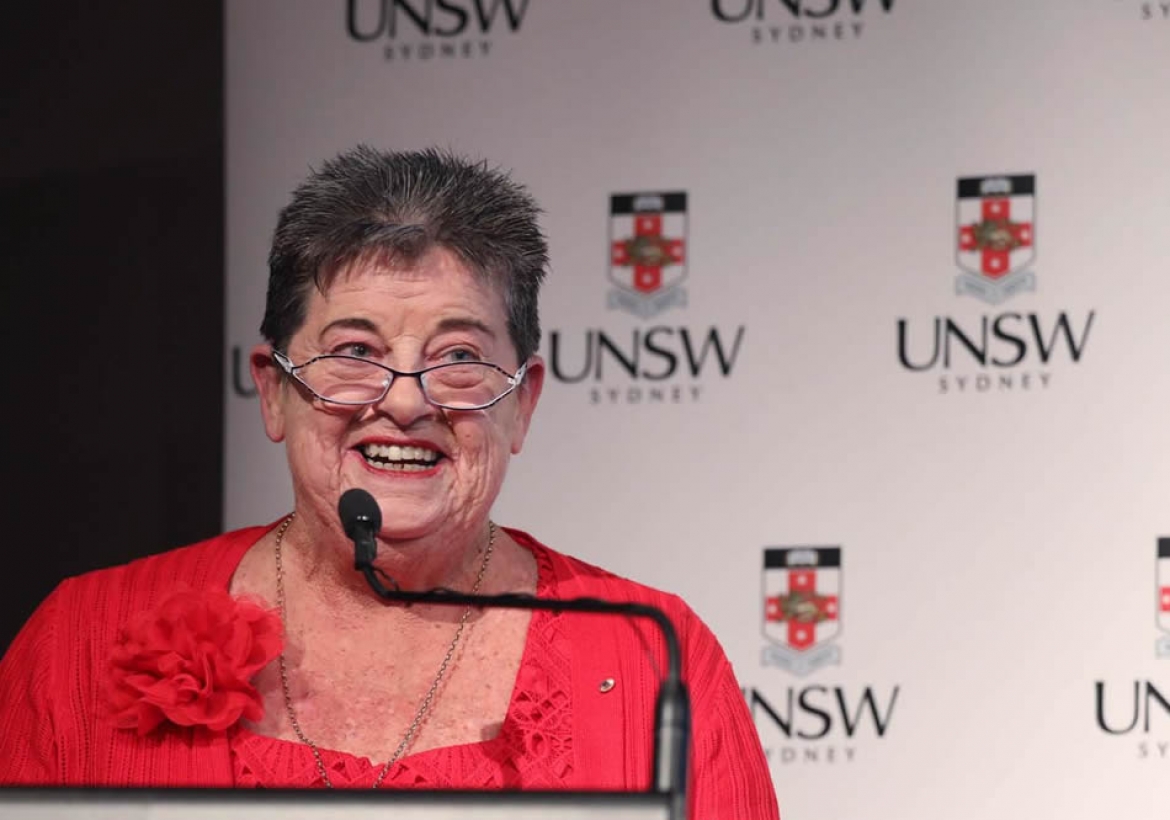 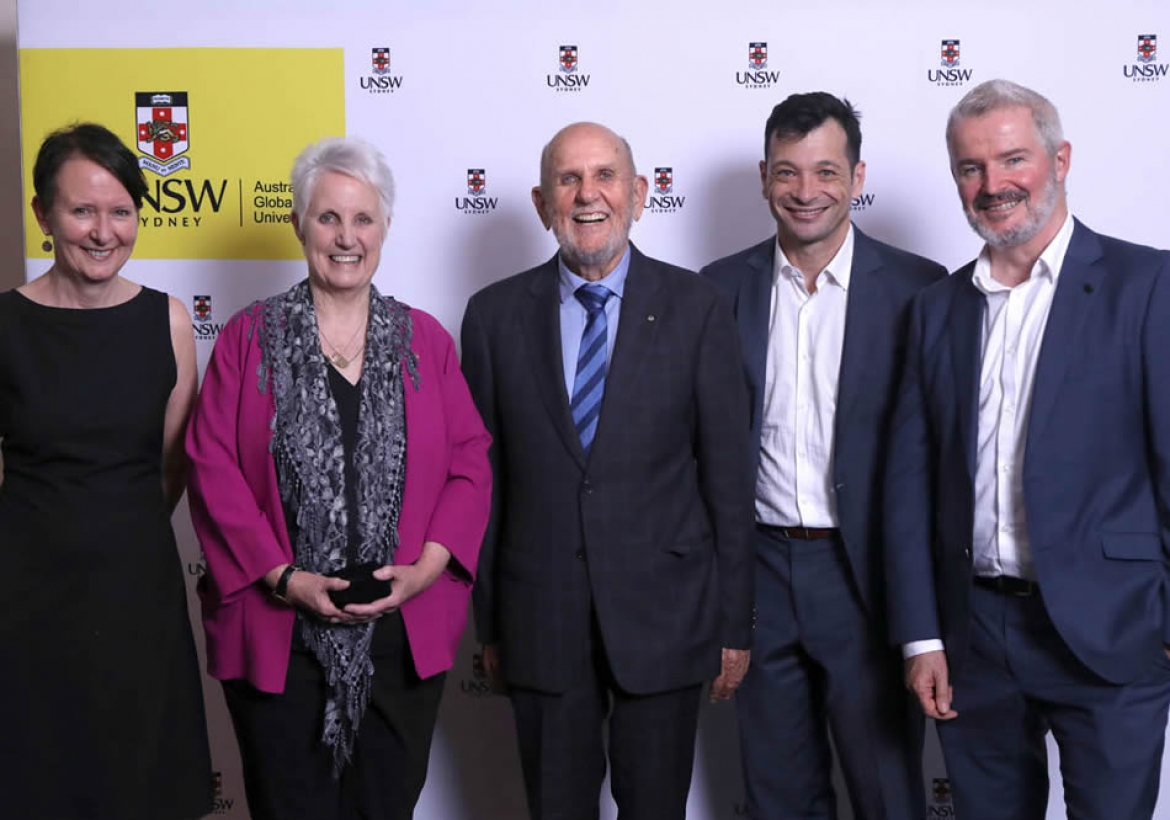 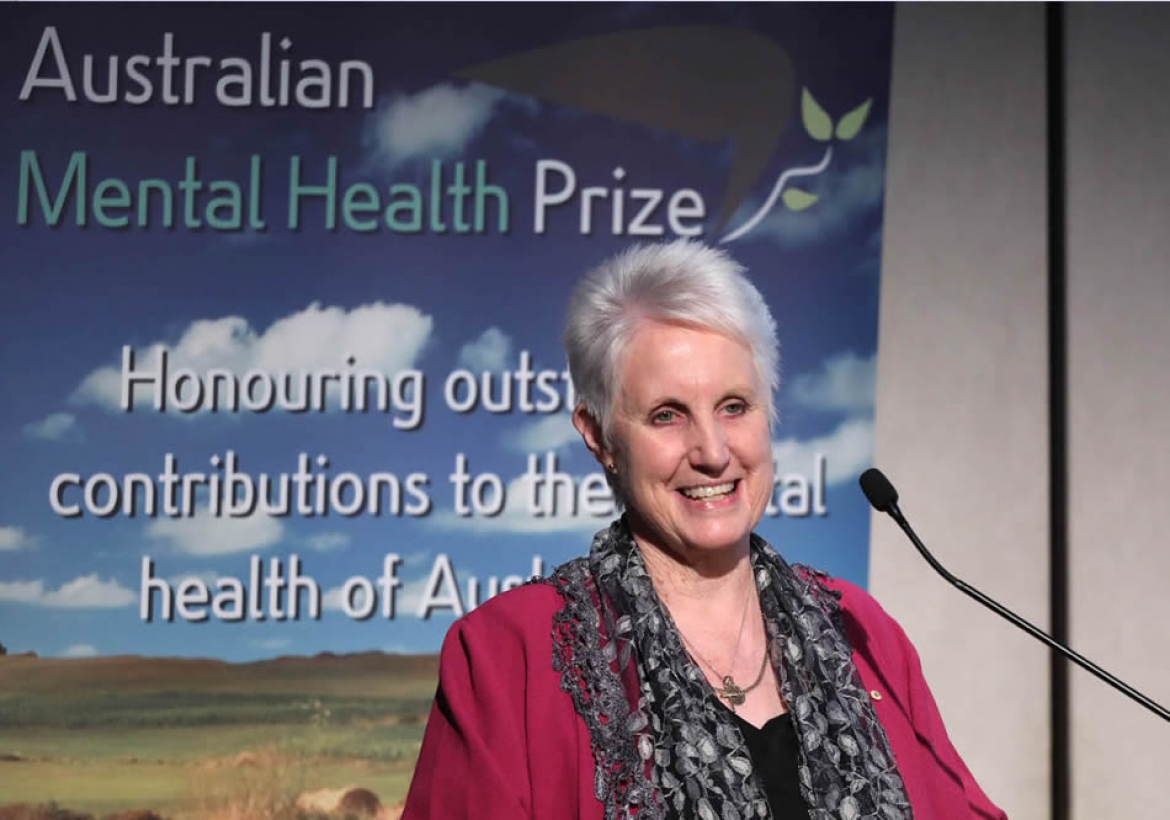