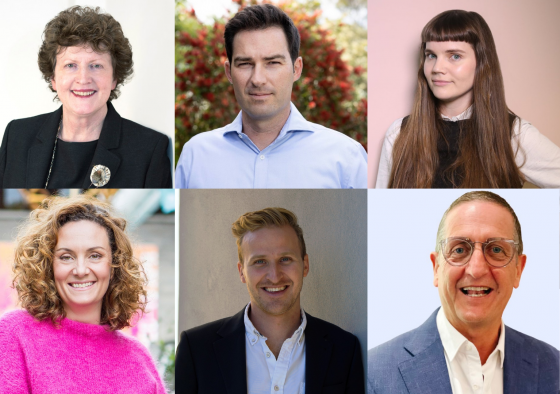 Six impactful finalists have been selected for the 2021 Australian Mental Health Prize. The Prize, now in its sixth year and established by UNSW Medicine & Health’s School of Psychiatry, recognises Australians who have made outstanding contributions to the promotion of mental health or the prevention and treatment of mental illness.

This year’s winner will be announced by the Hon. David Coleman MP, Assistant Minister to the Prime Minister for Mental Health and Suicide Prevention, at an online ceremony on 16 November 2021.

The finalists include a broad spectrum of Australians who have dedicated their lives to improving the mental health and wellbeing of people and communities across the country.

“From fires to floods to COVID, we as Australians have never faced such a challenging time for our mental health. I think our finalists, and indeed all the nominees, have shown that our industry is ready to step up and be counted in our country’s time of need by innovating,” co-chair of the Australian Mental Health Prize Advisory Group Lucy Brogden AM said.

“This is not the year for a one-size-fits-all approach, and I’m thrilled by how our finalists have tailored their approaches to meet the needs of individual Australians.”

The breadth of this year’s finalists demonstrates the diverse and deeply compassionate work being undertaken in many challenging areas: improving the care of veterans and first responders with mental illness, reducing the stigma of mental health in young people, promoting positive mental health in the performing arts industry, leading and advocating at a national and international level and embracing the power of digital media to amplify stories of lived experience.

“There were so many strong candidates in the field for this year’s prize. It was truly inspiring for me and the other judges to see such passion and dedication.”

John Bale has changed the face of mental healthcare for veterans and first responders through the two organisations he founded – Soldier On and Fortem Australia – which bridge key service gaps in the care of ex-Defence and first responder or national security communities. The organisations deliver mental health literacy, awareness, prevention and treatment, and are the leading non-governmental support agencies for these high-risk, yet deeply valued service communities. Both Fortem and Soldier On are unique in their focus on inclusion of the family members of serving personnel, acknowledging both their role in sustaining the viability of a high-stress workforce and the potential impacts of that role on the broader family’s wellbeing.

John was pivotal to the development of the National Centre for Veteran’s Healthcare, a holistic service for the 60,000 veterans in the community. Through the work of Fortem Australia, John also co-founded the Thank A First Responder Day, an initiative to recognise the effort and value of the work that all first responders do for the community and Australia at large, every single day.

Honor Eastly is an inspiring mental health advocate that has contributed significantly to the reform of Victoria’s mental health and wellbeing system, and to the lives of many individual Victorians, their families, carers and supporters. In 2018, Honor released the No Feeling is Final podcast about her experience of mental health issues, including suicidal ideation, and Victoria’s mental health system. The podcast was an enormous success, reaching many international “top podcast of the year” lists and winning multiple awards, including the Third Coast Fest Award. Honor also co-founded The Big Feels Club, a social experiment in connecting people with big feelings. The club creates safe spaces for individuals who may be experiencing mental health and wellbeing issues to talk, connect and reflect.

More recently, Honor was a key contributor to the Royal Commission into Victoria’s Mental Health System as an expert advisor, sharing her lived experience to shed light on critical issues in the current system and advocating for meaningful reform. She then led the Our Future project, one of the first projects to implement the recommendations from the Royal Commision to develop standardised training for the lived experience workforces in both the mental health and Alcohol and Other Drug sectors.

Emeritus Professor Helen Herrman is one of Australa’s leading psychiatrists and mental health leaders whose research, advocacy and leadership over the past three decades have had a profound influence on mental health, both nationally and internationally. She has combined psychiatry and public health throughout her career to improve the mental health of marginalised groups such as the homeless mentally ill, people with severe and enduring mental illness, and children and young people in out of home care.

Helen established the World Health Organization (WHO) Collaborating Centre in Mental Health at the University of Melbourne and subsequently embarked upon a new career direction in global mental health, which has included (among other prestigious appointments) Presidency of the Pacific Rim College of Psychiatrists, and more recently, the Presidency of the World Psychiatric Association (WPA). Helen is the first Australian and the first woman to be elected to this role with the WPA.

A highly collaborative leader, Helen has forged the development of international partnerships between academia, health service providers and policy developers to influence good practice and promotion of mental health. Over 25 years, she has worked with a range of local, regional and global organisations, providing advice to committees, reports and consultancies on mental health and quality of life. Her contribution was recognised in 2017 with an Order of Australia (AO) medal.

Professor Ian Hickie AM has had a long and distinguished career as a world-class academic psychiatrist and thought leader. He has made major innovative contributions to knowledge in the field of mental health and has held a series of influential leadership roles in key institutions across the nation, from Beyond Blue to Brain and Mind, headspace and the National Mental Health Commission.

He has been a fearless and highly articulate advocate for mental health reform and is a prominent media voice for mental health nationally. He has made uniquely effective contributions to prevention, awareness, improved models of care, biopsychosocial research and as a role model. He has published over 600 peer reviewed articles in leading international journals and has received many awards including an Australian Honours Award of Member (AM) for services to the mental health sector.

The AWC has since won the ‘Martin Seligman Health and Wellbeing Award’ at the 2019 Australian HR Institute Awards, has been a finalist in the VicHealth Awards ‘Improving Mental Wellbeing’ in 2017, 2018, 2019, and at the Australian HR Awards ‘Best Health & Wellbeing Program’ in 2017. Claire is the Chair of the Pinnacle Foundation and a member of Chief Executive Women. In 2020, she was recognised with an Order of Australia (AM) for services to the arts and community.

In 2011 at the age of only 25, Sebastian founded the not-for-profit organisation batyr, a mental health charity which has become a national leader in innovative mental health programs for young Australians aged 14 to 30. Sebastian was the Founding CEO for five years and remains actively involved as Chairman. Batyr’s Being Herd Program came from Sebastian’s own lived experience with mental ill-health, where he felt the stigma and shame that many young people face.

The peer-to-peer program trains young people to safely share their story of lived experience with mental ill-health, drawing out the hope, positivity and resilience in their stories. batyr has trained 888 young speakers and reached over 200,000 young people across Australia with its innovative programs. 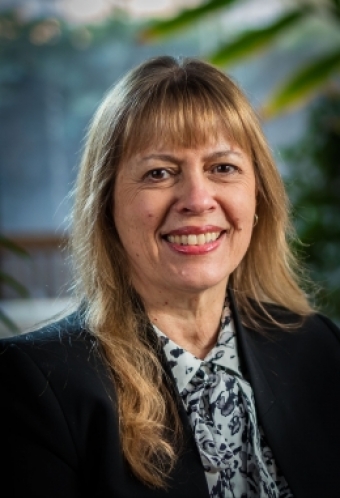 Australia’s child mental health system is buckling under the strain of current demand and the effect will be felt for decades.

This was the message from Professor Helen Milroy, delivered when she launched this year’s Australian Mental Health Prize at UNSW Sydney on Wednesday, calling for nominations from the public.

The prize, now in its sixth year and established by UNSW Medicine & Health’s School of Psychiatry, recognises Australians who have made outstanding contributions to the promotion of mental health or the prevention and treatment of mental illness.

Prof. Milroy said there has been investment into adolescent and youth services in recent years but nothing significant for services which deal with children under 12 years old.

“The underinvestment in child mental health services has continued for well over a decade and we cannot keep up with the demand,” she said.

“The mental health systems for children are so under resourced and poorly supported in Australia that the capacity to respond to children early in life and early in illness is severely compromised.”

Prof. Milroy said decades of evidence shows that intervening in the lives of very young children with the right mental health services would save a lot of misery and harm later.

“Many of the mental health problems faced later in life have their beginnings in childhood. The early years are such an important part of development and yet the significant changes that can occur in the brain due to significant adverse experiences are often overlooked until it is too late, and the intervention required for healing and recovery is much more difficult,” she said.

“We have the knowledge, evidence and interventions but they are just not funded effectively nor prioritised for action. It appears the system would rather spend more money later when things are much more difficult.”

“We would never ignore a significant physical injury to a child. In fact, they would be able to access timely, effective and expert care. Yet the psychological injury or challenge is completely ignored. The mind needs to be able to heal and get back on track during development just like the rest of the body.”

Prof. Milroy said the COVID-19 pandemic has exacerbated many pre-existing conditions and created new problems for children, families and development.

“It can be difficult to understand what a mental health challenge is for a child compared to what we see in youth or adults, but there is mounting evidence for not only prevention but also for comprehensive, evidence based early intervention. We only get one chance at childhood, can’t we pull together and give kids the best outcome possible?” she said.

“Having the work in child mental health recognised is more important than ever given this field lays the foundation for better mental health and wellbeing later in life,” Mrs. Brogden said.

“It’s important for those working in the mental health sector to recognise the progress our colleagues are making in research and improving patient outcomes. This prize helps to improve mental health care in Australia,” he said.

“We encourage clinicians, health professionals, community groups and individuals to nominate people whom they feel are making a real difference in the area of mental health research, advocacy or service delivery for the 2021 Australian Mental Health Prize,” he said.

“Mental illness is something that affects our whole community, and the Australian Mental Health Prize is a valuable way to highlight progress being made in this space.”

To enter, nominees must provide a CV and 200 words outlining the work being undertaken and how it is making an impact. Nomination forms can be obtained from: australianmentalhealthprize.org.au